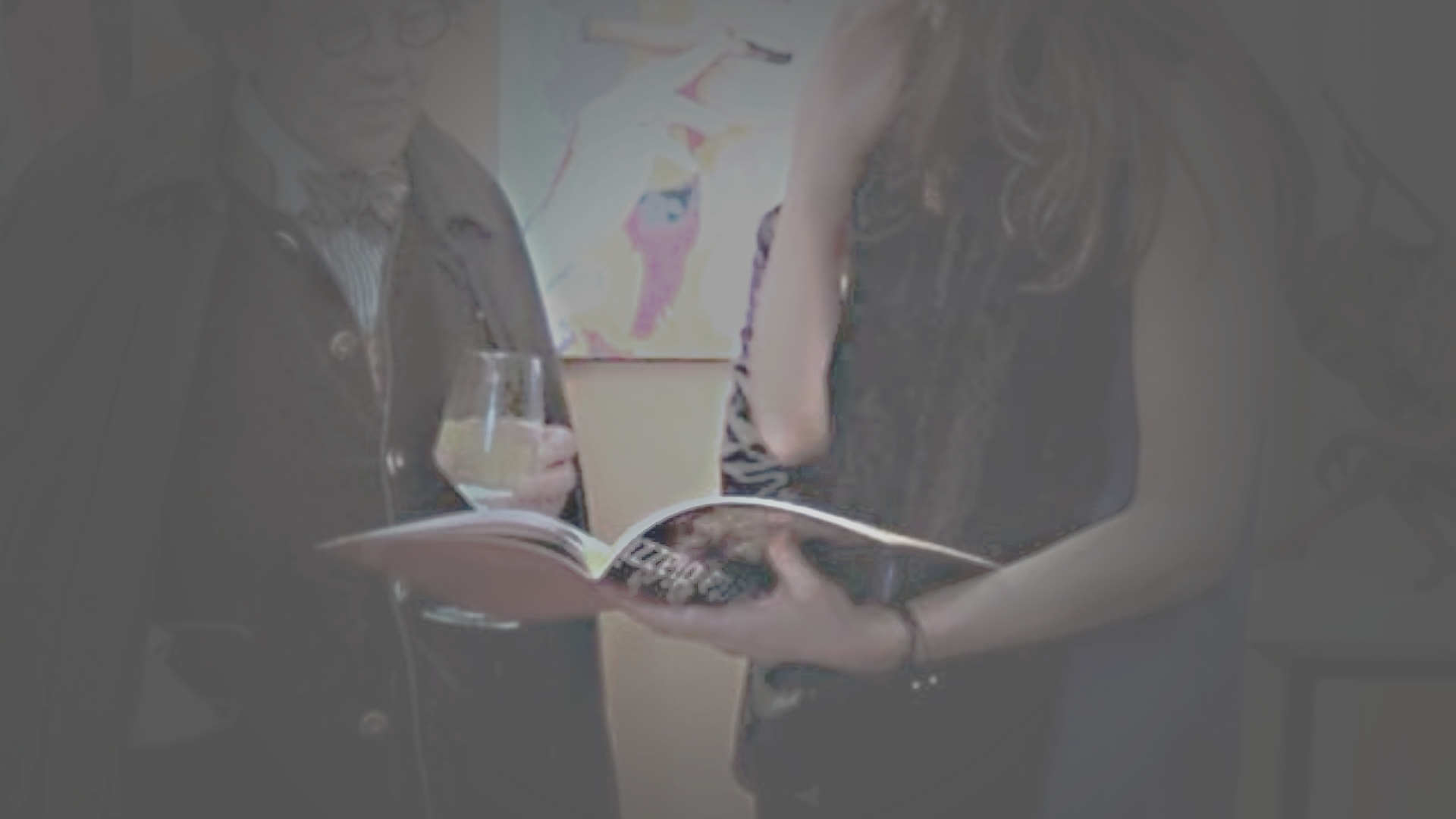 The truthfulness is that Roberta Diazzi’s painting plot is an extraordinary portrait of a post-modern art she may be influenced by the great artists of the past keeping anyway her personal expressive style. She graduated in 1992 at the institute of art of Modena and she specialized in the graphic art, the artist Diazzi has always been careful to the visual communication through her way of painting. Her painting is realized to oil with some creative touches giving rise to a chromatic effect together with a great expressive impact to the cloth, because of for her colors choice combined among them she can be traced back to the great artistic Pop-Art trend as Andy Warhol because of her repetitive and serial versions so as, Roy Lichtenstein for her stylistic revision of the comic strip. In the years some very important names such as the family Montezemolo, the family Ferrari, Luciano Pavarotti and others, have been drawn back by the painter from Modena.

But Roberta Diazzi also paints landscapes so as views of the metropolis, showing both globalization signs as well as the mixture of different cultures, which can be said to be typical of the Neo-Pop art.So that follows a painting where a final result can be reached, in which the harmony contrasts give us the artistic value meaning that things are aesthetically well made.

The elements which are typical of Roberta Diazzi’s works are certainly belonging to the contemporary world where we live, and all images in her works are related to events and to the contemporary characters that can be considered to be her iconographic sources of a reality surrounding us, as happened in the 60″ Pop Art who Roberta has drown inspiration to. We can have the feeling that Roberta would like to move in her works the sense of a beloved icon as well as the quiet charm of feeling, She puts attention to both the compositional elements and the language that she considers absolutely of main importance showing in this way her desire to communicate both her experience of the reality, facts and faces.

We could say that her painting is not the result of frantic searches but her painting expression can be considered to be an instinct giving rise to a kind of an exciting narrative obtained through the use of chromatic colors rich of their style Her nature seems to come from her private “ego”, and the need for silence, charm or loneliness has been left unchanged.

Contemporary art develops through processes of dialectical contradiction of a constructive nature. A highly significant example can be found in the reworkings of Roberta Diazzi’s portraits. Here, the compositional structures merge and integrate in a never-ending production process, where the artist’s contribution takes priority in the creation.  Signs become symbols expressing further predominantly (but not exclusively) psychological meanings. What sense would there be, after all, in a portrait playing solely on likeness, without externalising “the inside” through the work’s appearance? The artist’s conception of life also emerges here, in her works, her relationship with events, starting once again with those closest, those that affect the life of art. Representational yet abstract. Representation of the object is entrusted to the ins and outs of the work of art, in which one recognises life.

Roberta Diazzi is an artist and, for artists, any issue of this kind should always be a personal thing, and here lies the difference (note, one of the differences and certainly not the ultimate difference) between art and philosophy. Portraits undeniably allow an examination of the physiognomic and psychological aspects that other artistic subjects do not always offer, but let’s not forget that representation is still always an occasion and a pretext for expressive communication.

For example, the representation of “events” allows Diazzi to provide a broad, tangible image of a situation which is alive, but which is – above all – active for the viewer. The meaning of these works is thus legitimised by the awareness of their status as art. “Pop Art is an artistic movement that blends in perfectly in today’s homes. Amidst modern furnishings and design, it offers a pleasing use of forms and colours that set off the often austere, essential lines and tones of today’s modernity.” In actual fact – and this is not a compliment, simply a recognition – the work of Roberta Diazzi, clearly by virtue of her special talent, goes beyond the traits typical of the ‘school’ of Pop Art.

She distances the work (at least in part) from its environmental conditioning and establishes an inverse relationship where, instead of containing meaning, the sign signifies itself. Therefore, the work is conditioned by the representation within it and also significantly influences its environment. Of all the things as yet unsaid, one last point should be made about this artist, whose work offers pause for thought about the times in which we live, and that is that her paintings are also beautiful. But you don’t need to be a critic to see that. Just take a look.

The artist Roberta Diazzi interprets the concept of portrait painting itself in a post-modern key. Execution within set canons is no longer of particular relevance, but rather it is the essence of the protagonist that must harmonize chromatically and semiotically with the artistic narration. She is thus stylistically evolved, acquiring awareness of self, and also exclusivity through a creative re-elaboration of the iconography of Pop Art. The result is a very pleasing artistic rendering, which fosters an appreciation of the contemporary currents of innovation.

In the works of Roberta Diazzi her desire to get a free new space as well as and her ability to organize her visual feelings according to a mental order through a sure visual effectiveness can be noticed. The balanced and harmonic graphic sign gathers to tell the truth the sense of a reality through a spellbound eye, it does not matter which is the topic portrayed it could be any subjects or the portrait obtained through the harmonic rhythm of the forms or a comic strip, in the approach of the various technical styles. The various range of her palette is given a creative push in a very changeable line-color relationship, but in order to get a real stylistic reason.

The truth can be that the artistic subject of Roberta has really come from herself as need of her own realization and as a message whose main aim is to be understood as well as to be received without diaphragms neither difficulty in a direct visual quiet and well-considered shiny recreation.

We can notice that her style is based on a careful reading and assimilation of everyday realism, a kind of new POP ART in which a social content underlines the culture, from an anthropologically understanding is meant nowadays, the civilization of welfare, consumption and leisure. The result obtained is stylistically consistent and unified and as if by magic from a very passionate way of looking at life from different points of view of the reality.

Roberta Diazzi’s artistic output echoes the stylistic dictates of American Pop Art, especially the lessons of two great masters, such as Andy Warhol and Roy Lichtenstein Starting from these assumptions, the painter creates her own code of expression, shaping it through special formal choices that make her touch clearly recognizable. Faces, cars, cities: each subject is deeply rooted in our contemporary imagination in all of its facets. These are the main themes of her works, where her skills match a deliberately suspended visualization, evading from contingency to suggest a critical reading of our present and an honest existential reflection. Roberta Diazzi works with oil on canvas, yielding unexpected results: the mix of the accurate paint out of the images and the suspended vagueness of narration is quite uncommon. Like snap shots that accidentally caught subjects in movement, which are therefore slightly blurred, these images voluntarily emphasize an idea of impossibility. Reality escapes visual and formal crystallization, turning into shadows that seem to come out of a faded memory. The contact with the representation of figures goes adrift towards stylization.

The choice of colour is critical: the artist often creates lively colour matches with complementary hues, while the play of lights and shadows is based on the interaction between colour and light, imprinting sparks in a complex pictorial texture. She stands out as a painter rooted in our times, without rejecting the classic standards of visual representation of reality and the recognizable.